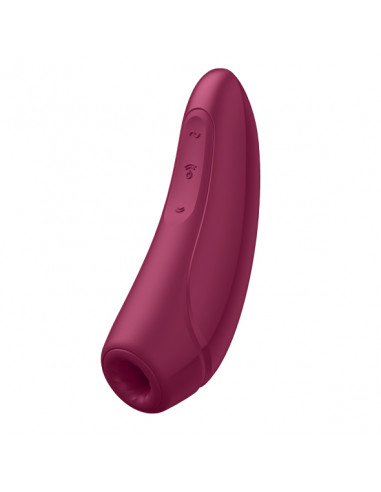 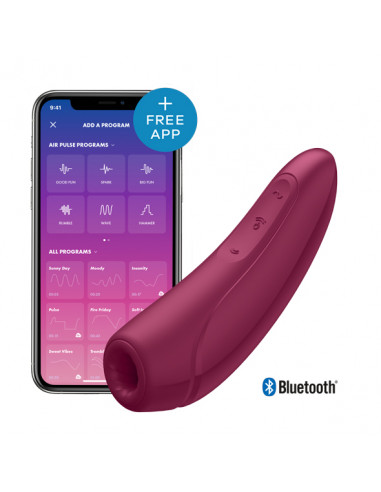 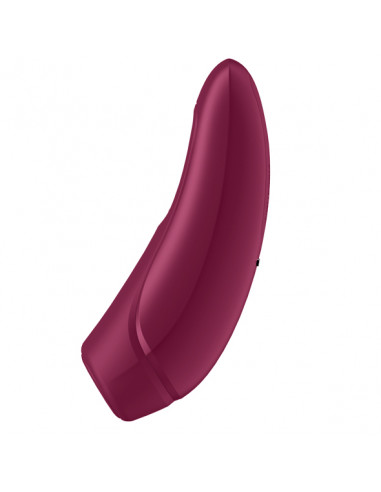 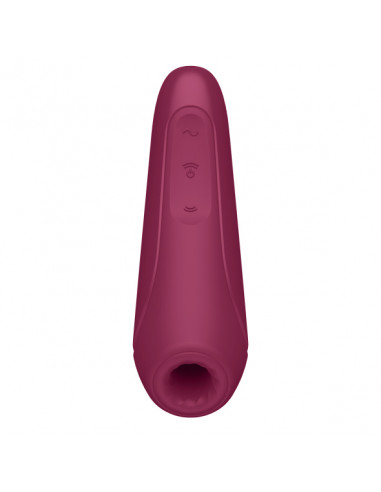 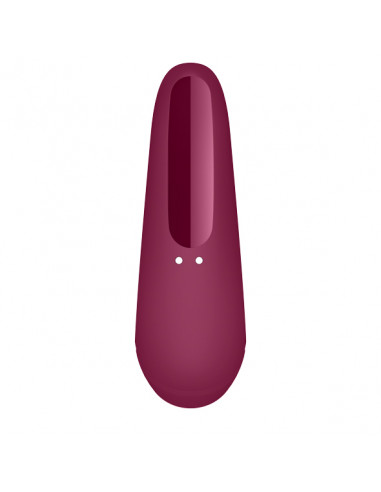 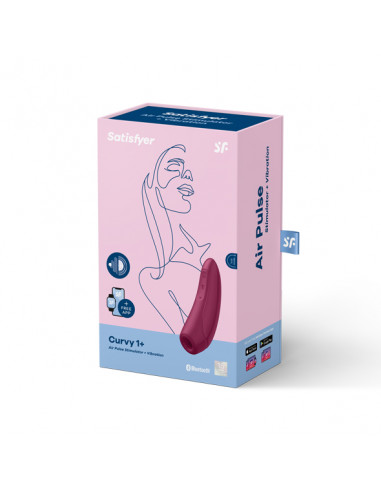 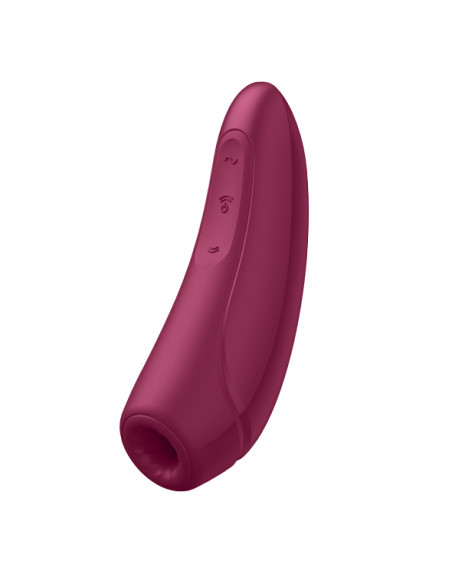 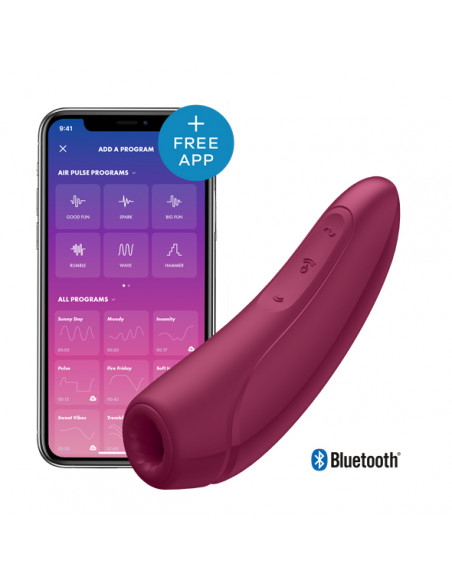 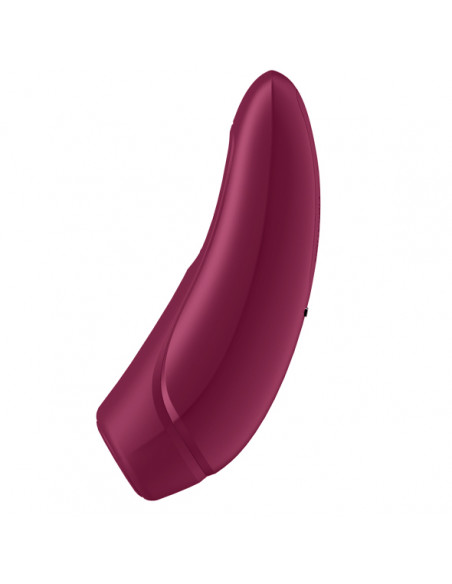 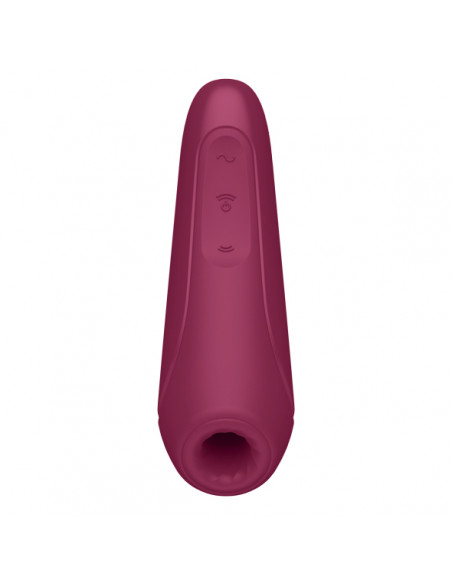 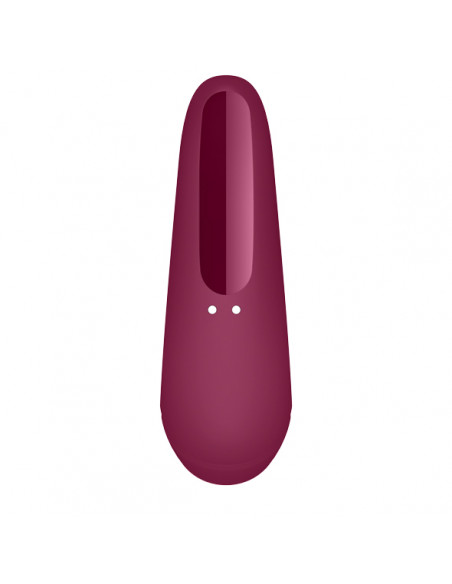 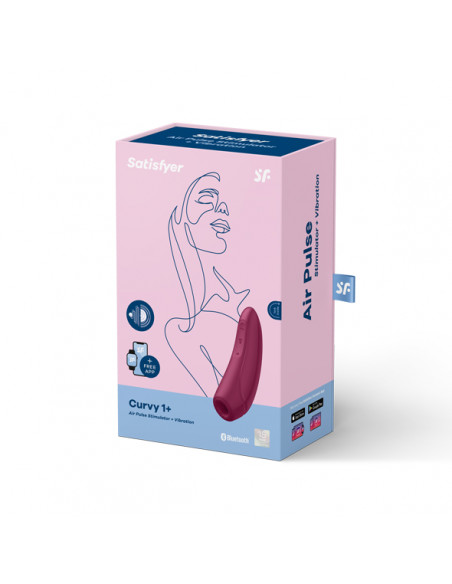 Customer ratings and reviews
Nobody has posted a review yet in this language
Rate it
R2,649
Tax included 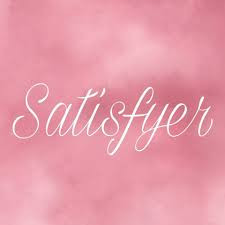 The Curvy 1+ is an ergonomically designed clitoral stimulator that promises to combine unforgettable Satisfyer pressure waves as well as intense and deep vibrations to stimulate the clitoris.

Using a combination of air-pulse stimulation as well as intense vibrations, this clitoral air stimulator pleasures even the deepest clitoral nerve endings thanks to it's intense pressure wave technology. With an ergonomically designed shape, you are able to easily control your air-stimulator to allow as much or as little pressure as you like. Simply place the open ended nozzle over the clitoris and enjoy the sucking and wave stimulation that promises multiple orgasms without desensitising your clitoral area or nerve endings.

The Curvy 1+ now also allows you the option to control your stimulation via the GDPR-compliant app that features high privacy technology. Available for all operating systems, both Android and IOS, and including the Apple watch, this free App connects via Bluetooth allowing you to control your vibration combinations. Working as a remote control, you are able to use your cell phone microphone to turn ambient noise into vibrations or transfer entire Spotify playlists to your clitoris with breathtaking rhythms.

2 powerful motors offer whisper-quiet technology and with it's waterproof design, the Curvy can be used anywhere, anytime. Recharged using a USB charging cable, Curvy gives you 1 hour of play time.

Pjur
BO DP 827160113711
R299
Pjur Med is a range specially formulated by one of the world's leading lubricant manufacturers. The personal care products in this range cater particularly for those with highly sensitive skin,  and for the hygienic cleansing of intimate areas and products.  Gently cleansing, this hygienic, anti-bacterial spray is perfect for your most intimate spots as...

Pjur
BO DP 82710110185
R299
The Nude water-based lubricant by Pjur is a gentle lubricant free of glycerin, parabens, perfumes, and preservatives.Designed for women who need a more natural lubricant, this lube is long-lasting, free from scent, and hydrates and moisturises even the most sensitive of skins. Long-lasting, this lubricant is highly concentrated, is oil-free and leaves a... 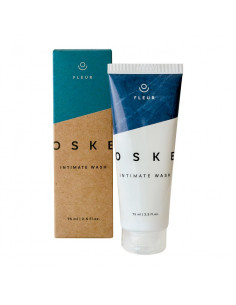 CON OSKE102
R179
The Fleur Intimate Wash by Oske is a gentle wash designed to be used by women on their intimate areas. With a gentle water-based formulation that includes only natural products, Fleur has been manufactured in a pharmaceutical facility and specifically developed and focussed on complimenting the female physiology. Ingredients such as marshmallow root... 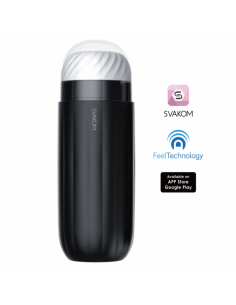 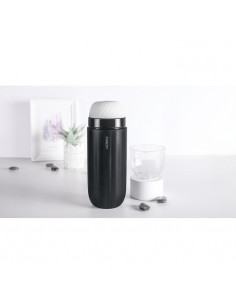 CON S08A
R2,499
The Sam Neo masturbator by Svakom is part of the new Intelligent App Control series, now allowing you to be more connected than ever before. Featuring new technology, Sam is a cutting-edge tech filled male masturbator that combines an exciting fusion of a vacuum like suction effect and fierce vibrations. Featuring app functions and long distance... 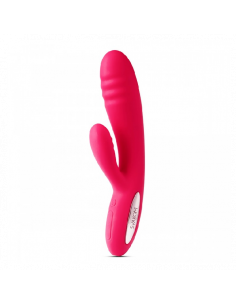 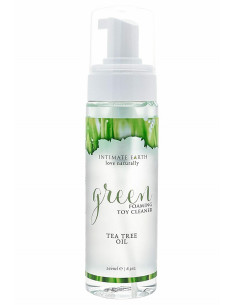 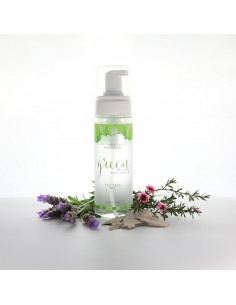 BO MS 047/100IE
R713
This toy cleaning foam by Intimate Earth is a Tea Tree formulae designed to be used safely on any silicone, glass, stainless steel, and plastic intimate products. With it's anti-bacterial properties and a combination of lemongrass, goji berries, and the highly medicinal tea tree oil, this cleaner promises optimal cleanse and disinfectant properties, and...

Pjur
BO DP 827160113711
R299
Pjur Med is a range specially formulated by one of the world's leading lubricant manufacturers. The personal care products in this range cater particularly for those with highly sensitive skin,  and for the hygienic cleansing of intimate areas and products.  Gently cleansing, this hygienic, anti-bacterial spray is perfect for your most intimate spots as... 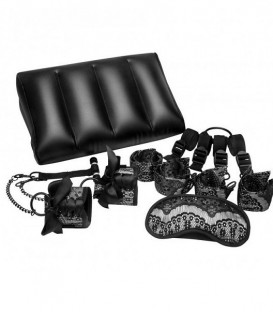 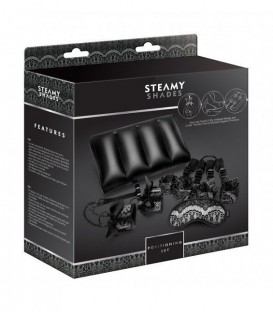 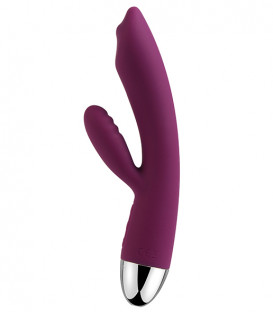 Submit review
TAP TO ZOOM IN